The popular dating app Bumble will now begin banning users if they body shame others in their conversations or if their profile reflects any such information. Bumble is a modern-day dating platform empowering women to choose who they wish to connect with and initiate conversation.

This decision comes amidst the widespread rise in abuse witnessed in dating apps and platforms. As per reports, 23% of Britons have faced body-shaming abuse in social media or online dating apps.

This is common in one in every four people, which is an alarming number. The survey was conducted by Bumble and data collected from 1003 people.

Moreover, body shaming is deeply disturbing and can stir negative emotions in people. Around 54% of people said they feel low after they expose themselves to social media.

Bumble would use an algorithm to flag words that are considered derogatory and insults the physical appearance to implement the ban. This will contain vocabulary that is sexist, homophobic, or fatphobic. The flagged content will then be sent for review to the company’s moderators. 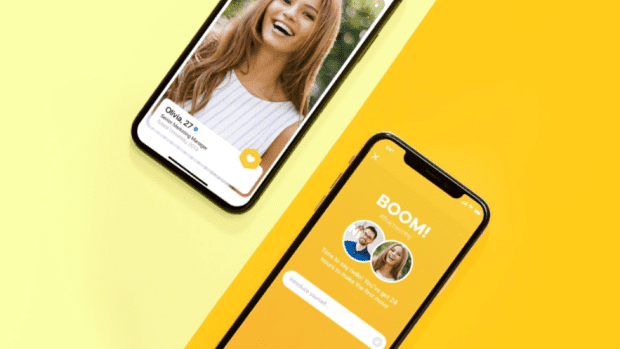 To include clear instructions on body bullying, Bumble said it is reviewing recommendations for its content moderators. In their profile or the app’s chat feature, users who use language that falls under this group will first alert them about their unacceptable behaviour. On repeated violations, the user’s account will be banned permanently.

To make users aware of this policy, the moderators will also share helpful resources to improve their language and behaviour towards others.

Bumble’s head of UK and Ireland, Naomi Walkland, stated that “At Bumble, we have always been clear about our mission to create a kinder, more respectful and more equal space on the internet. Our zero-tolerance policy for racist and hate-driven speech, abusive behaviour and harassment has always been the key to this”.

She further adds that she hopes to signal a change towards body-shaming through this implementation. The message sent out towards it is that such behaviour will not be tolerated in Bumble.

As quoted in a leading online daily, Naomi says, “We believe in being explicit when it comes to the kind of behaviour that is not welcome on our app and with these changes, we’re making it clear that body-shaming is not acceptable on Bumble.

“We always want to lead with education and give our community a chance to learn to recognise this language and improve. However, we will not hesitate to permanently remove someone from the app if there are repeated incidents or particularly harmful comments.”

The number of reports against bullying and body shaming is on the rise. Women and men alike face the brunt of it on social media, which takes a toll on their mental health. Many social media platforms are also making use of automatic safeguards and intelligence to detect hate speech or derogatory comments to curb this.