A new study has recently emerged, identifying a few risk factors for Alzheimer’s disease. Some of the pointers include higher BMI, diabetes, and stress-related factors. Sleep patterns also have a role to play in the disease cycle. However, a few lifestyle changes can decrease the rate of occurrence of Alzheimer’s to a certain extent. There is not much evidence to support these, but they can contribute to the treatment. Most people are taking to these changes, to benefit personally or help the people in the vicinity.

Following a few of the patterns, may help reduce the occurrence of the disease. There are a few practices which can decrease the onset. According to researchers across the world, many people have benefitted from lifestyle changes.

The higher risk factors that have been known to aggravate the condition. It includes a higher BMI, depression symptoms, stress factors, trauma, and hypertension. There are other factors, as well. However, these seem to be more pronounced. Most of our readers must have come across other factors that have a limited effect on the disease. They are obesity in middle-adulthood, physical exercise, irregular sleep patterns, chain-smoking, insufficient nutrition-intake.

It has been reported by a neuroscientist from California researching on this subject, that it is mainly genetic. Though behavioral changes have been known to help. Several lifestyle changes do affect the reduction of the disease rate for specific sectors of society. Folate deficiencies, as per recent reports, have been known to have a significant effect on this disease.

It is more common in people who consume red meats in a higher proportion than others. Thus, stressing on more top plant-based food alternatives. There have been regular research and development in the study of Alzheimer’s occurrence and recurrence. Apart from family medical history and genetic factors, several other factors are being given due importance. You will observe that more and more evidence is being unearthed today.

You can incorporate several healthy habits like exercise, change your diet, and also encourage better sleep patterns. Moreover, these can have a profound effect on this disease. Physical activity can prevent the development of this disease in specific individuals. Moreover, it also affects the metabolic rate and BMI. So, it indirectly has a bearing on the disease pointers.

Furthermore, a diet that is rich in fresh fruits and vegetables also lend a hand in controlling the ailment. You can also incorporate healthy fats, oils, and nuts to give a boost to the brain. There is growing evidence that proper sleep also contributes immensely to control the disease. Thus, it is advisable to get at least 8-9 hours of sleep daily. You should also try to lead an active lifestyle, not just physically but mentally as well. It will surely help to arrest the occurrence of this deadly disease.

Our Education Partners Amidst thousands of college options, choosing the…

COVID-19 Prevention: Effective Measures To Prevent And Stop The Spread Of Novel Coronavirus! 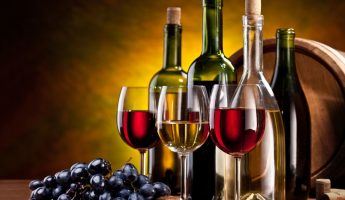 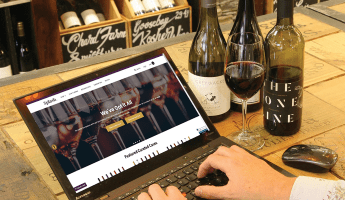 Buy Wine From Online Wine Stores and Get Huge Discounts